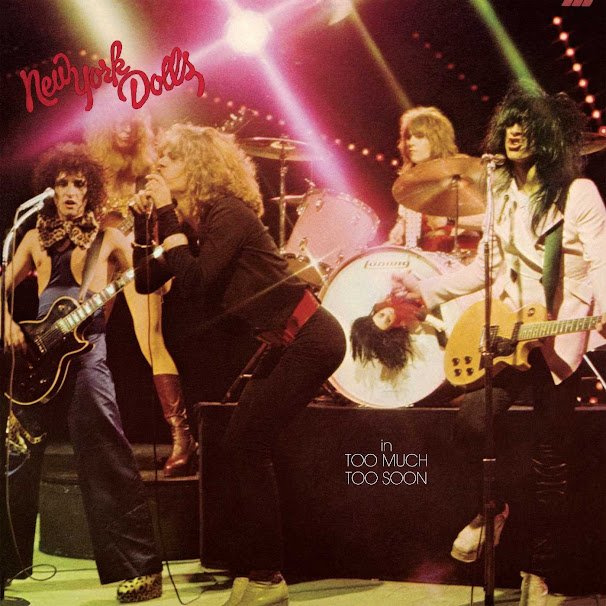 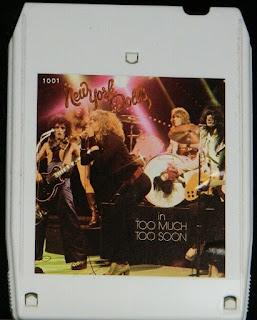 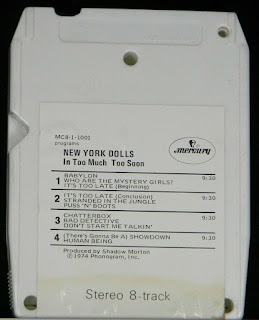 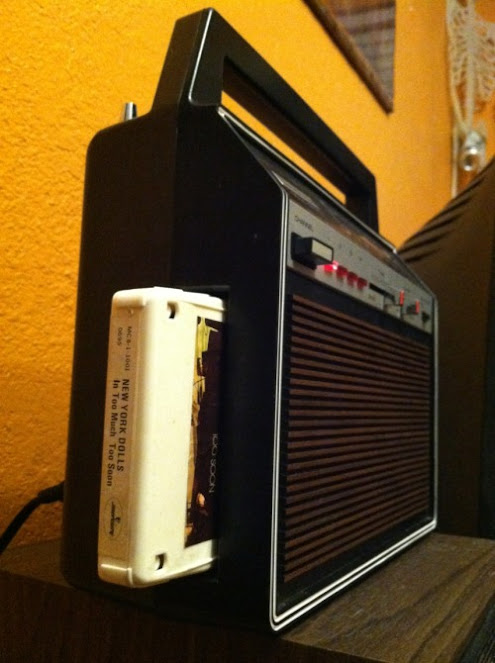 Deux singles furent tirés de « TOO MUCH TOO SOON ». 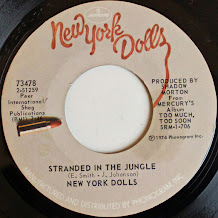 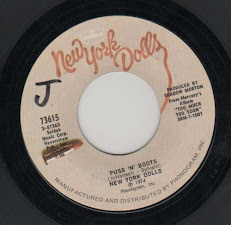 Could you tell me if you remember how long the recording at the A&R studio lasted? I know that the beginning was January 28, 74 and that the Dolls did a show on the 15th and then on the 16th etc... On the 13th, the photographer Waring Abbott was taking pictures of the band at the studio... So I guess it was the 14th.

I think the project took about 3 weeks. We had to record basic tracks, vocals then overdubs and mixing. We usually started late afternoons and would stay as long as needed. I tried to find a diary from that year but so far no luck.

Do you know when the recording sessions started (I read from 4pm, but I'm not sure), did they last until late at night? Could you tell me a typical one ?

It was great seeing the pix you sent (voir le lien des photos de Mr Abbott). The studio at A & R was R-1 on West 48th street right off 8th Avenue. It had two vocal booths at the back of the room. David set up in one with all his harmonicas  and Jerry was in the other one.

We had the bass and both guitars in the main room.

On one side In the front of the control room, we had a bar set up, and on the other side we has a table where you could roll a joint or whatever. 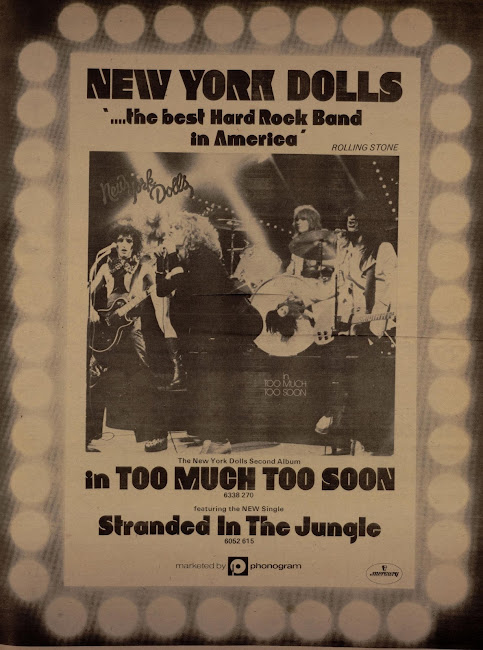 How did you work with DIXON VAN WINKLE and SHADOW MORTON, did they work well together or separately?  I read that Dixon wanted to capture the live sound of the band while Morton was more interested in effects and smoothing out the sound (such as jungle sounds or gunshots on some tracks). Mr. Morton would not have been present all the time during the recording, is it true ?

Shadow Morton's producing was more like a Phil Spector kind of thing. He wasn't always at the sessions but when he was, it was very intense. He wore his cowboy boots and hat. I remember on  "Stranded" he had this idea of adding bass marimba on the verses. We called Studio Instrument Rentals and had one delivered. It was challenging getting the best microphone set-up on the instrument. We all got along very well.

Dixon was great to work with. He was always willing to share some of this recording techniques.

Backup singers were used for the album, I haven't found any information about them. Do you remember them? Were they often present during the recording?

I do not remember who the the backup singers were, but they were very good.

The musician ALEX SPYROPOULOS played the piano on the album. Sylvain Sylvain complained a lot that Mr. Morton didn't want him to play it himself when he normally did. Do you know why?

I don't recall the piano incident with Syl.

PETER JORDAN, their roadie (as well as Sylvain Sylvain) would have played the bass sometimes instead of Arthur Kane who was too often under the influence of alcohol.  Can you confirm this information or is it completely made up?

I can definitely confirm that Killer needed a little help sometimes. I sound engineer for the band for some of their live gigs. I remember at one show, Killer was fading fast but luckily Peter caught the bass as Killer was going down and he barely missed a note.

Sylvain Sylvain said he didn't get along well with Mr. Morton who refused to record some of his compositions. He had to concentrate on those of Mr. Johansen and Mr. Thunder (the management would have asked him to do it). Is this true? Faced with this answer, Sylvain Sylvain would have left the studio. Is it or true ? Did he not participate in the whole recording?

I have no comment on the song choices. That's between the producer, the band and their management. I know Sylvain was not always at the sessions but I don't have the details of his schedule at that time.

If we listen to the song "Chatterbox", it is produced totally differently from the others. Much more rock and without effects. Did Mr. Thunder produce it himself? Why is it produced in a different way than the other tracks?I also heard that Mr. Johansen was leading the band, is it true even for the song Chatterbox or was he absent?

Chatterbox was Johnny's song.It was a very spontaneous recording with Johnny adding a dual vocal track. Dixon had the great idea of splitting both vocal tracks full left and full right to get a more intense sound in the mix.

Was the band surrounded by a lot of people during the recording ? The studio could hold more than 20 people. I know that Cyrinda Foxe and SABLE STARR were sometimes in the studio. Mr. Abbott, doesn't remember anything about that day (I also asked him about it... He only remembers Cyrinda Foxe)

How can anyone forget Cyrinda Fox and her outfits!?

How did you work on the album, and what was the contribution to it that you are most proud of?

As a staff engineer at A & R at the time, I assisted Dixon in the control room and ran the multitrack tape machine (I think it was an Ampex MM1000 or a 3M machine). I was also responsible for documentation of the masters and take sheets, setting up the microphones, etc. The fun part for me was being a part of the creative endeavor, with everyone contributing to make the best album we could. I also had the good fortune of working with Phil Ramone on several Paul Simon albums and doing a T-Bone Walker album with Leiber and Stoller producing. It was a happening studio.

Do you perhaps have any anecdotes that you remember? Maybe some documents?

See attached pix of me and David taken backstage at the Bottom Line, NYC after a show. Thanks for your interest in my work. 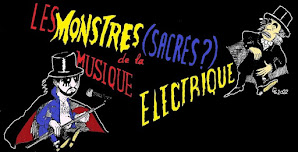 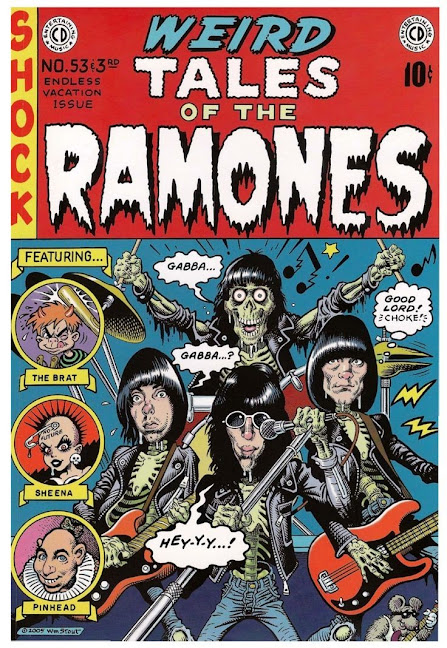 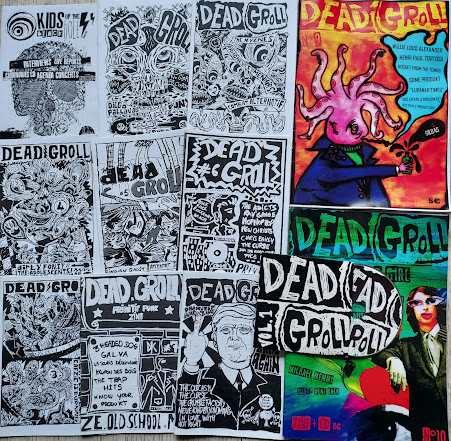 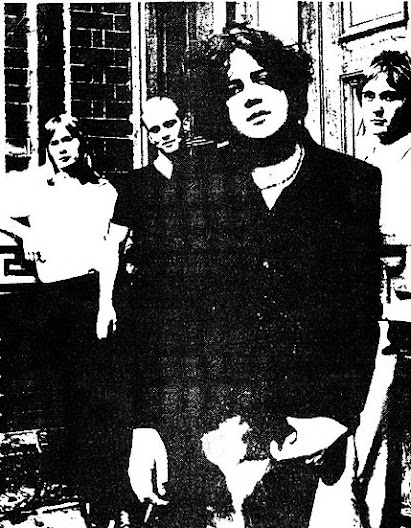 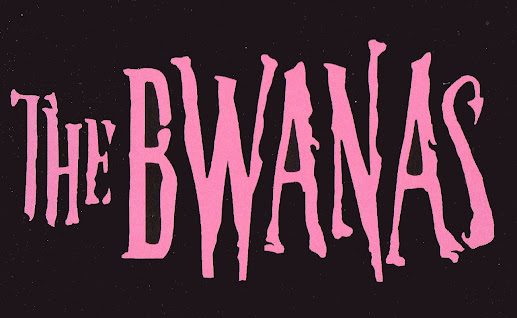 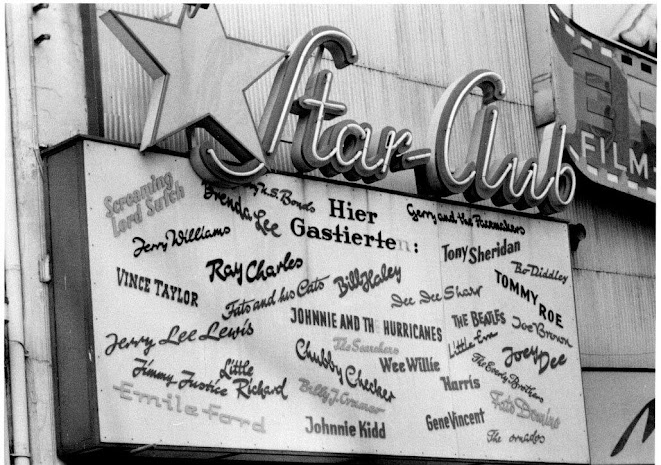 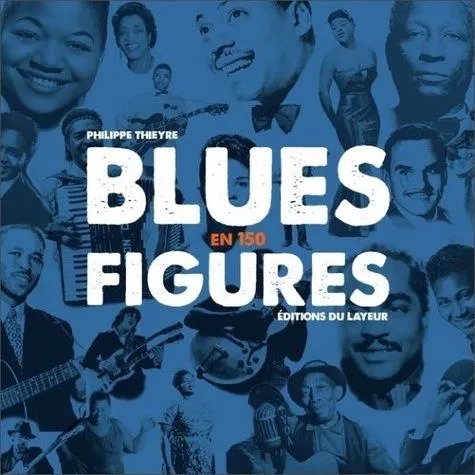